Lets all work together to keep our roads safe and our loved ones alive. 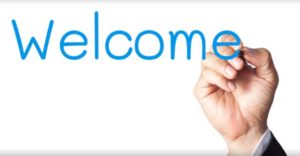 Here are some recent statistics involving large trucks and or buses on our highways.

5% of the registered vehicles in the U.S.
10% of the vehicle miles traveled
12% of the fatal crashes
13% of the traffic fatalities

701 of those lives lost were large truck or bus occupants.
3,460 of those lives lost were occupants of either a passenger vehicle, rider of a motorcycle or a bicycle or were a pedestrian.
7,486 total vehicles were involved in these crashes
3,978 Large trucks or buses
91 School buses
31 Motor coaches
3,182 Passenger vehicles
326 Other vehicles, mostly motorcycles
77 Bicyclists
438 Pedestrians
9 Persons on personal conveyances

Many things could have led to accidents mentioned above. However, Unsafe Driving Behaviors like those listed below may have contributed in some way.

And the punishment for each offense.

Purchasing required insurance and paying the premiums will keep your business running. Failure to comply with federal, state, county, and local regulations can have repercussions that damage the reputation of the owner and the business.